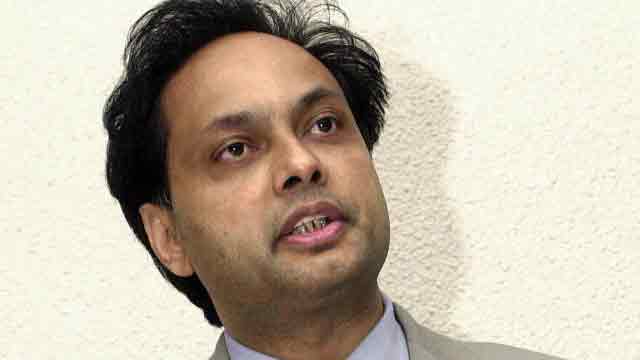 London, Jun 25 (Just News): The governor of the Cayman Islands has been recalled to Britain by the Foreign Office following allegations of bullying and shouting at staff, drunken rows and demanding a maid give him a shirtless massage.

Anwar Choudhury, 59, appointed to the Caribbean post in March, has been suspended after a string of complaints.

Sources in Britain and the Caymans said that the complaints made against Choudhury relate to his treatment of domestic staff and office employees.

He is alleged to have asked a maid to massage his shirtless back, a request she found inappropriate, though there is no suggestion of sexual impropriety.

Sources have said that he is also accused of misbehaviour towards his wife, Momina, 16 years his junior.

In addition it is claimed he had a drunken row with his elderly mother-in-law one night.

At his Government House mansion, it is claimed he shouted at and bullied staff.

Choudhury also allegedly asked the maids to nanny his baby daughter, but they declined, saying their duties extended only to cleaning.

A distinguished diplomat, Choudhury was suspended two weeks ago but until now the reasons for his recall were not known.
Last night, he refused to comment on the complaints when contacted by The Mail on Sunday.

MPs on the All-Party Parliamentary Group for the Cayman Islands said they had been told about the allegations made against Choudhury.
One said: ‘As I understand it, the complaints relate to his conduct.’

Last night, the Foreign & Commonwealth Office said: ‘Anwar Choudhury has been temporarily withdrawn from his post to allow the FCO to investigate a number of complaints against him.

‘It is inappropriate to comment further while an investigation is ongoing.’-Daily Mail