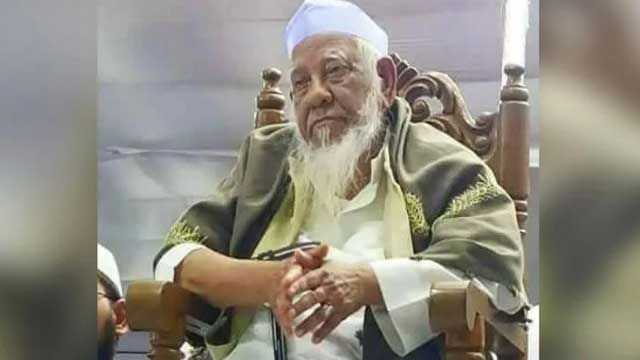 Police Bureau of Investigation (PBI) on Monday submitted an investigation report against Hefazat-e-Islam Ameer Junaid Babunagari and 42 others in a case filed over the alleged murder of the group’s former chief Shah Ahmad Shafi.

PBI Chattogram Police Superintendent Nazmul Hossain said the report was submitted to the Chattogram Judicial Magistrate Court in the afternoon.

Shafi, the rector of Hathazari Madrasa and chief of Hefazat, breathed his last at a hospital in the capital on September 18 last year at the age of 104.

On December 17, a case was filed against 36 people including Hefazat Joint Secretary General Mamunul Haque over the death of Shafi.

Md Mainuddin, the brother-in-law of Shafi, filed the case with Chattogram Judicial Magistrate Court-3, calling his death “a planned murder”.

The court ordered PBI to file an investigation report within a month.