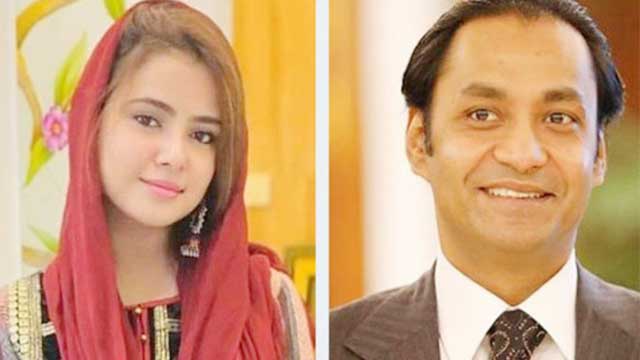 The final probe report exonerating the business tycoon was submitted to a Dhaka court on Monday.

Sayem was sued on charges of abetting the suicide of Munia, an HSC second-year student at Mirpur Cantonment Public School and College.

However, investigators previously told reporters that Sayem had been seen entering and leaving the Gulshan flat, where the 21-year-old started living alone in March.

Munia and Sayem had allegedly been in a secret relationship for the last two years.

Sayem is the son of Ahmed Akbar Sobhan, the chairman of Bashundhara, one of the largest business groups in Bangladesh.

Munia’s sister Nusrat Jahan discovered Munia’s hanging body from her apartment on the evening of April 26 and informed the police.

According to police, Sayem was last seen entering and leaving the flat on April 20.

Munia was seen in the CCTV camera footage for the last time on the night of April 25, while entering the flat. She did not leave the flat on the day of the incident, they said.

On April 27, a Dhaka court imposed a travel ban on Sayem after Gulshan police OC Abul Hassan moved a petition.

Sayem's wife and four other members of his family left the country on a chartered flight on April 29.

Police earlier said that they had recovered six handwritten diaries from Munia’s flat.

The college student had written about social recognition of her relationship, her expectations about conjugal life, obstacles, and distance with her partner, as well as his family problems.

DMP Deputy Commissioner (Gulshan) Sudip Kumar Chakroborty on July 28 said: “Overwhelmed by despair, she was in severe distress. There is evidence of mental upheaval in the pages of the diary. She may have taken the difficult decision of committing suicide in the face of emotional turmoil.”