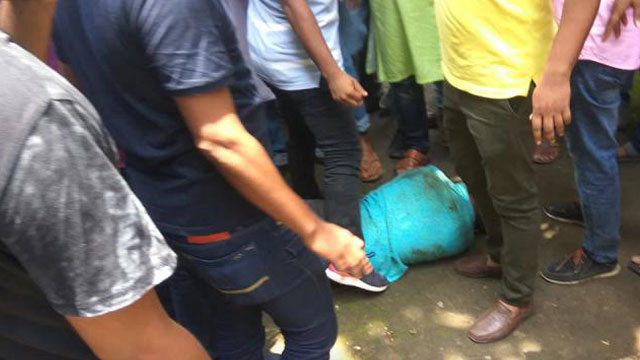 Dhaka, June 30 (Just News): The Bangladesh General Students' Rights Protection Council has called nationwide student strike at universities and colleges for indefinite period from Sunday protesting against the attack on their leaders at Dhaka University on Saturday.

At least six leaders of the platform of students that led the quota reform movement were injured in an attack by some Bangladesh Chhatra League activists in front of Dhaka University Central Library on Saturday.

Witnesses said when the leaders of the organisation gathered in front DU central library to hold a press conference to announce their fresh programme some BCL activists suddenly launched an attack on them around 10:50am.

At that time, they allegedly beat up Nurul Haq, joint convener of the council, Faruk Hossain, another joint convener, Hasan Al Mamun and Arosh Ahmed, convener of Surya Sen Hall unit of the organisation, leaving them injured.

Nurul Haq and Arosh Ahmed were undergoing treatment at Dhaka Medical College Hospital. Among them, condition of Nurul was stated to be critical.

Later, the BCL men drove out the quota reform demonstrators form the area and took position at the library premises.