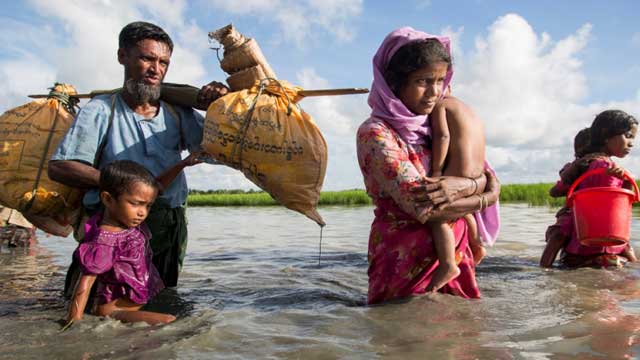 Dhaka, Aug 3 (Just News): Bangladesh has stressed upon sustained pressure on the Myanmar government by the United States and the international community to stop the violence.

Bangladesh also stressed to ensure continuous flow of humanitarian assistance to the Rohingyas temporarily sheltered in Bangladesh, as well as to those uprooted Rohingyas in Northern Rakhine region of Myanmar.

Bangladesh ambassador to the United States Mohammad Ziauddin met with senator Jeff Merkley (Democrat- Oregon), an influential member of the US Senate Committee on Foreign Relations, on Thursday and discussed the master.

Senator Merkley led a congressional delegation to Bangladesh and Myanmar in November 2017, said the Embassy on Friday.

During the trip, the congressional delegation visited the Rohingya camps in Cox’s Bazar.

The purpose of the Ambassador’s meeting with senator Merkley was to follow up on the efforts taken by the US lawmakers to create pressure on Myanmar to resolve the crisis.

The ambassador informed the senator that the government of Bangladesh was doing its best with limited resources to cater the needs of over a million persecuted Rohingyas temporarily sheltered in Bangladesh.

Thanking the Senator for leading the delegation to Bangladesh last year, ambassador Ziauddin pointed out the ramifications of the crisis.

During his discussion with the Ambassador, the senator enquired about the ways through which the US could do more to the repatriation process of these Rohingyas.

The ambassador referred to some concrete steps to be considered by the US authorities to create sustained pressure on the Myanmar government to stop the violence immediately and to take back the Rohingyas to their own homes.

He expressed deep appreciation to the government of Bangladesh for giving shelter to such a large number of forcibly displaced people.