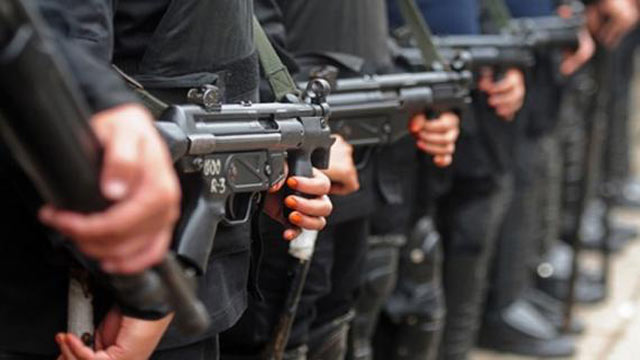 Barguna, Jan 24 (Just News) : At least three alleged robbers were killed in a 'gunfight' with Rapid Action Battalion in the regional forest at Majher Char in Pathargatha of Barguna on Wednesday morning.

One of the deceased was identified as Swapan Peyada, kingpin of Munna Bahini.

Based on information that members of a pirate gang 'Munna Bahini' were staying in the area, a team of the elite force carried out a drive in the area, said Major Sohel Rana Prince, company commander of RAB-8 in Barisal.

Sensing the presence of the RAB personnel, members of the gang opened fire on them, forcing the Rab members to retaliate that triggered a gunfight in the morning, he said.

Several gunshots were traded between the robber gang and the RAB members during the gun battle.

Three robbers were caught in the line of fire and died on the spot, said the RAB commander.

The RAB team also recovered seven firearms and 38 rounds of bullets from the spot.