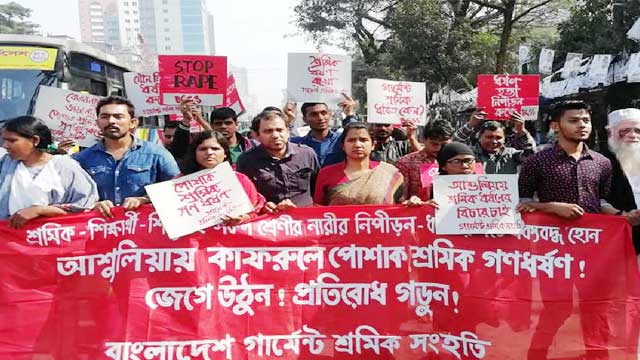 The leaders and activists of Bangladesh Garments Sramik Shanghati on Friday staged demonstrations in the city remanding justice for a female RMG worker who was allegedly gang raped in Ashulia recently.

They formed a human-chain in front of the Jatiya Press Club at 11 am, said a press release.

Earlier on Wednesday, five people allegedly gang raped the garment worker after confining her husband to a room in Jamgora area of Ashulia as they reportedly failed to pay their house rent.