EVM can detect votes not cast for the 'boat' symbol 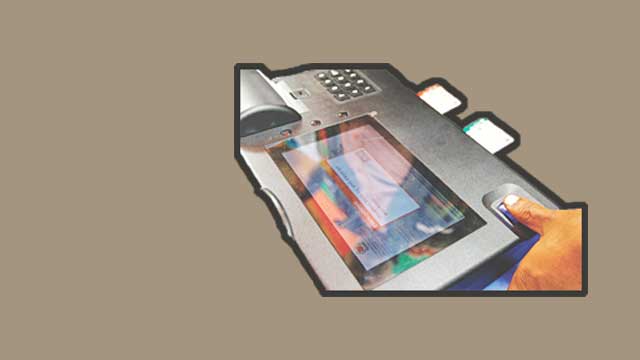 The Awami League leader warned the voters against voting for other parties in the district’s Ramgati pourashava polls.

“EVM is such a system, where we can detect who voted for symbols other than boat. Boat got 2300 votes at a center in Chattogram while sheaf of paddy (BNP’s electoral symbol) received only one vote. The leaders of that ward detected the person who voted for BNP the following day. It can be detected,” the Awami League leader said while speaking at a rally at Char Sekandar Safi Academy on Wednesday.

The ruling party leader also said, “The party has taken a decision that votes for mayoral post would be for development while voting in councilor posts would be non-partial. It’s that straight!”

Nur Uddin also warned the voters not to become Razakars (auxiliary force of Pakistani army) and Khandker Mushtaque (Awami League leader who ascended to power after assassination of Bangabandhu) by voting for any other party.

He said it can be identified in the EVM system who voted for whom as clearly as CCTV footage.

Asked about such remarks, Nur Uddin said, “I spoke at 9 rallies from 10 in the morning to 10 at the night. I can’t recall if I said anything like that.”

He added that it is usual to blurt out something like that mistakenly in political rallies.

The polls in the pourashava will be held on 14 February. Six candidates are contesting for mayor post while 37 and 12 respectively are vying for councilor and reserved councilor (woman) posts. This would be the first election through EVMs in the district.

Shahed Ali, BNP’s mayor candidate in the pourashava, told Prothom Alo, “District Awami League general secretary are teaching the people at public rallies how to rig votes. It’s clear from his remark that votes be rigged in EVM. There is no environment of election here. He is openly exhorting his activists to attack us. We will inform the returning officer about this.”

The district’s election official and returning officer Mohammad Nazim Uddin said, “It’s not possible to detect who voted for whom in the EVMs. I don’t know why he said so. I’ve not heard his remarks.”

Leaders of ruling Awami League have allegedly encouraged vote rigging in some other parts of the country in recent times. In a speech that went viral on social media on Tuesday, Chuadanga’s Alamdanga pourashava Awami League chief Delwar Hossain was heard urging his party activists to threaten BNP-Jamaat voters so that they do not come to the polling centers.