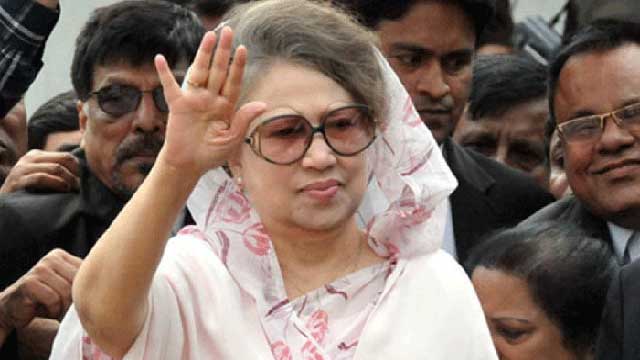 The bench of Justice Obaidul Hassan and Justice AKM Zahirul Huq will be conducting the hearing on Sunday.

The hearing was supposed to be held earlier on the day; however, it was postponed as the state lawyer sought time.

Begum Khaleda’s panel member Khandaker Mahbub Hossain and other senior lawyers were already present at the court, which is highly guarded by police.

On February 18, the BNP chief filed a fresh petition with the High Court seeking bail in the case, citing illness.

It was mentioned in the petition that the BNP chairperson is seriously ill and she needs advanced treatment. “Khaleda is not getting proper treatment at Bangabandhu Sheikh Mujib Medical University (BSMMU). She wants to go to London for better treatment if she gets bail.”

On December 12, 2019, the Appellate Division of the Supreme Court turned down the bail petition of Khaleda Zia in the graft case.

A special court jailed the BNP chief and three others for seven years in the corruption case on October 29, 2018.

On August 8, 2011, the ACC filed the Zia Charitable Trust case with Tejgaon police against four people, including Khaleda. They were accused of abusing power in raising funds for the trust from unknown sources.

The former prime minister has been in prison since February 8, 2018.