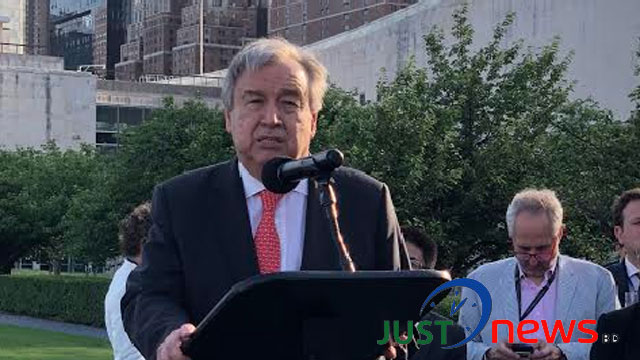 During the programme the UN chief exchanged pleasantries with UNCA members. At that time Secretary-General also had conversation with first Bangladeshi UNCA member M Mushfiqul Fazal.

The UN Secretary-General informed that he will visit Bangladesh to oversee the situation of Rohingya’s who have fled Myanmar facing humanitarian catastrophe. World Bank president will also accompany him during the visit, he added.

UN Secretary-General and World Bank Group President Jim Yong Kim will came to Bangladesh on 3-day visit on June 30. They will likely to visit Rohingya camp on July 1.

Praising the role of journalists António Guterres said on the occasion “Journalists are devoted to find out the truth. They are devoted for a noble cause facing all the difficulties.”