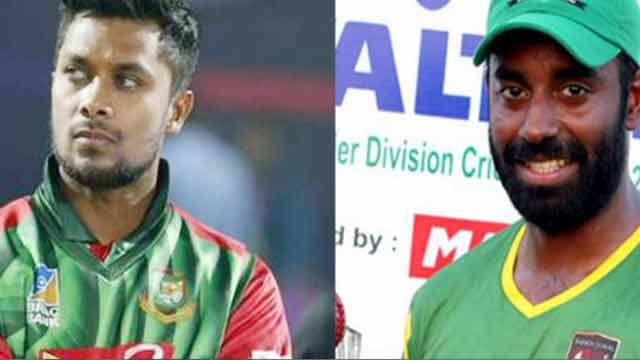 Legends of Rupganj batsman Sabbir Rahman and Sheikh Jamal Dhanmondi manager Sultan Mahmud have been fined Tk50,000 each over an incident during a match of the Bangabandhu Dhaka Premier Division T20 Cricket League Wednesday at BKSP.

"An incident involving two players and a club official – on June 16 at BKSP – has been reported to the Cricket Committee of Dhaka Metropolis (CCDM)," the Bangladesh Cricket Board said BCB said in a media release Thursday.

The cricket board, however, did not mention what the incident was.

"After an extensive hearing, the technical committee decided to hand Sabbir and Sultan a fine of Tk50,000 each. It also warned Sunny," the BCB said.

On Wednesday, Sabbir allegedly racially abused Sunny and threw stones at him during Sheikh Jamal's match against Old DOHS.

After receiving a complaint from the spinner, Sheikh Jamal submitted an official complaint against Sabbir to the CCDM.