Cricketer Miraz gets land in Khulna 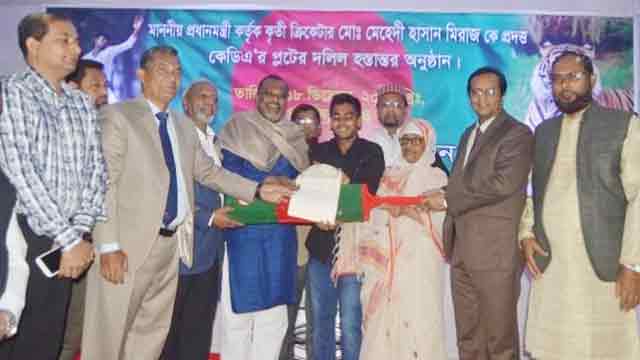 KDA Chairman Brigadier General Md Ahsanul Haque Mian handed over the deeds of the land at the Majgani residential area in Khulna to Miraz.

Miraz bowled extra ordinary against England team in last year.
Getting to know about Miraz living along with his family members at a rented house in Khalishpur, Prime Minister Sheikh Hasina asked KDA to give the 4 katha land to this dashing player.