Don't know how my name reached the BPL: Gayle 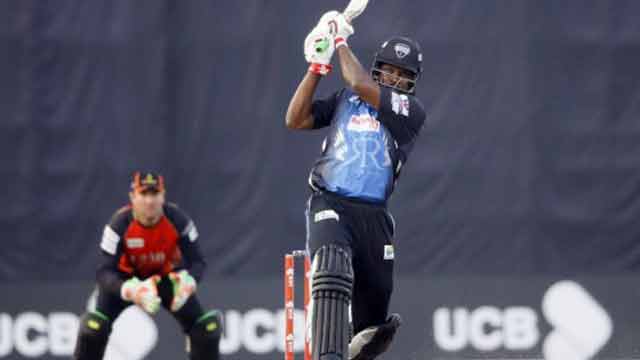 The seventh edition of the Bangladesh Premier League has suffered a setback even before its start date of December 11 after West Indian legend Chris Gayle, one of the tournament's marquee signings, said that he did not know that he was drafted in one of the seven teams.

Gayle was speaking after finishing his stint with Jozi Stars in South African T20 league Mzansi Super League. The Jamaican talked about taking a break from cricket, which would include missing Australia's Big Bash League this winter and also sitting out West Indies' ODI tour of India in December.

"I am not going to the Big Bash. I'm not sure what cricket will come up, I don't even know how my name reached the BPL, but I have been drafted in a team and I don't even know how that happened," Gayle said after the Stars' sixth loss in a row on November 24. Gayle had signed on for six matches and but was out of form, scoring just 101 runs, including 54 in his last match against Tshwane Spartans.

During the BPL players' draft on November 16, upon getting the chance through a lottery to pick the first player, franchise Chattogram Challengers had scooped up Gayle.

"We picked Gayle at the first opportunity," Chattogram team director and Bangladesh Cricket Board (BCB) director Jalal Yunus told The Daily Star. "All our plans were made with him in mind. Now, if he doesn't come, we will be in big trouble. If his name was not there, we could have picked Thisara Perera or someone else. Now we won't be able to find a good replacement."

BCB CEO Nizamuddin Chowdhury said that they will look into the draft documents to find how this happened. "If someone's name is in the draft list, it has come through the player's agent. And there is a document to that effect. We will look into that document and see if Gayle's signature is on it. We will then let you know," Chowdhury told The Daily Star.

"His name has of course come in after talking to the agent," Yunus said. "The BPL governing council should now take action on this matter. Why did he put his name on the list if he won't play?"

This is the latest in a series of turmoil surrounding this year's BPL. In August, after a disagreement with the franchises that had been a part of the first six editions, the BCB had taken the decision to stage the tournament on their own steam, without the involvement of the franchises.

BCB President Nazmul Hassan had also announced that the upcoming edition will be titled the Bangabandhu BPL in celebration of the 100th birth anniversary of Father of the Nation Sheikh Mujibur Rahman.