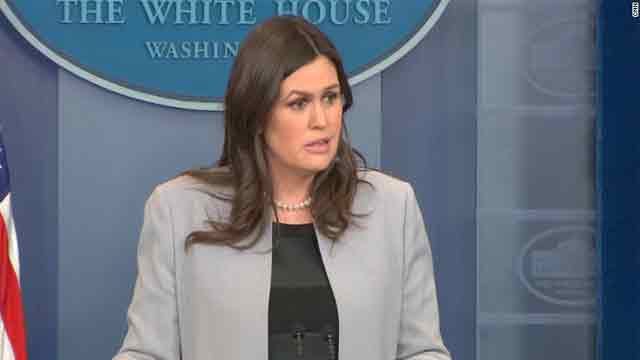 Daniels, whose legal name is Stephanie Clifford, filed suit against Trump this week alleging he hadn't signed a nondisclosure agreement that would have prevented her from discussing their alleged sexual affair.

On Wednesday, Sanders told reporters that the arbitration was won "in the President's favor." The statement is an admission that the nondisclosure agreement exists, and that it directly involves the President. It is the first time the White House has admitted the President was involved in any way with Daniels.

This week's developments are the latest installment in a continuing controversy for the White House involving Daniels, and a distraction from Trump's attempted rollout of tariffs on steel and aluminum imports.

Just weeks before the 2016 election,Trump's legal counsel Michael Cohen paid Daniels $130,000 of his own money, which he admitted to in February. Cohen has said the President "vehemently denies" any sexual encounter between the two.-CNN