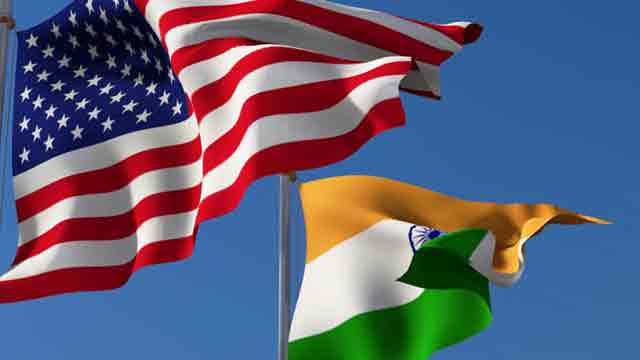 Washington, Mar 27 (Just News): The text of the following statement was released by the Governments of India and the United States of America on the occasion of the 15th Meeting of the India-U.S. Working Group on Counterterrorism:

The 15th meeting of the India-U.S. Counterterrorism Joint Working Group was held in New Delhi on March 27, 2018. Led by Ministry of External Affairs Joint Secretary Shri Mahaveer Singhvi and the State Department’s Principal Deputy Coordinator for Counterterrorism, Alina L. Romanowski, the Indian and the U.S. delegations achieved important progress on counterterrorism cooperation between the two countries.

The working group reviewed threats posed by terrorist groups worldwide and in their respective regions, including cross-border terrorism in the South Asia region. Both sides committed to strengthening information sharing on some of the world’s most dangerous terrorist groups and individuals and exchanged views on efforts to counter the financing and operations of regional and global terrorist organizations. The two sides discussed international efforts to counter threats posed by foreign terrorist fighters. The working group also discussed international and bilateral cooperation on justice, law enforcement, and capacity building efforts to counter terrorism, and United Nations Security Council Resolution 2396.

Following up on the inaugural U.S.-India Counterterrorism Designations Dialogue in December 2017, the delegations discussed ongoing efforts to ensure the effective implementation of domestic and international terrorist designations. The United States will host the next meeting of the Joint Working Group in 2019.