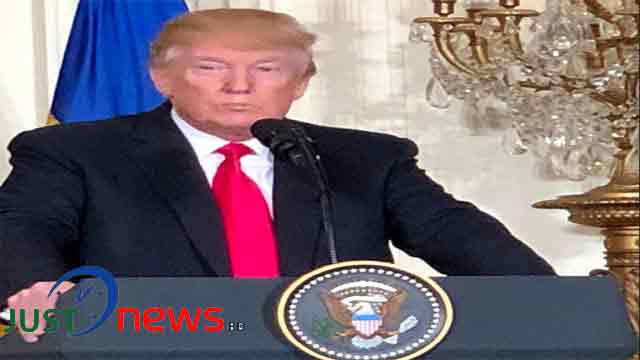 Washington, Apr 17 (Just News): The US President Donald J. Trump today announced his intent to nominate the following individuals to key positions in his Administration:

Richard Clarida of Connecticut, to be Vice Chairman of the Board of Governors of the Federal Reserve System for a term of four years and to be a Member of the Board of Governors of the Federal Reserve System representing Region 1 (Boston, Massachusetts) for the remainder of a fourteen year term, expiring January 31, 2022. Mr. Clarida is the current Lowell Harriss Professor of Economics at Columbia University, where he has taught since 1988. Previously, Mr. Clarida taught at Yale University and served as Senior Staff Economist with President Reagan’s Council of Economic Advisers. In 2002, Mr. Clarida served as Assistant Secretary for Economic Policy at the U.S. Treasury, receiving the Treasury Medal for his record of outstanding service. Since 2006, he has been Global Strategic Advisor for PIMCO. He is a member of the Council on Foreign Relations and the National Bureau of Economic Research. Mr. Clarida earned his B.S. in economics from the University of Illinois and his M.A. and Ph.D. in economics from Harvard University.

Dan Michael Berkovitz of Maryland, to be Commissioner of the Commodity Futures Trading Commission, for the remainder of a five year term expiring April 13, 2023. Mr. Berkovitz is a partner and co-chair of the futures and derivatives practice at the law firm of WilmerHale. From 2009 to 2013, Mr. Berkovitz served as General Counsel of the U.S. Commodity Futures Trading Commission (CFTC). While at the CFTC, he was the agency’s Deputy Representative to the Financial Stability Oversight Council. Prior to the CFTC, Mr. Berkovitz was a senior staff lawyer for the Senate Permanent Subcommittee on Investigations. He also served as Deputy Assistant Secretary in the Department of Energy’s Office of Environmental Management. Mr. Berkovitz is an Adjunct Professor at Georgetown University Law School, and vice-chair of the American Bar Association Committee on Futures and Derivatives. Mr. Berkovitz obtained an A.B. in Physics from Princeton University and a J.D. from the University of California, Hastings College of the Law.

Michelle Bowman of Kansas, to be a Member of the Board of Governors of the Federal Reserve System as the Community Bank Representative representing Region 8 (St. Louis, Missouri) for the remainder of a fourteen year term expiring January 31, 2020. Ms. Bowman currently serves as the Kansas State Bank Commissioner, a position to which she was the first woman appointed and confirmed by the Kansas State senate. As Commissioner, she is the chief regulator for State-chartered banks and non-depository lenders. Previously, Ms. Bowman served as an executive at Farmers and Drovers bank. Additionally, she has served on the staff of Senator Bob Dole, as counsel for several U.S. House committees, as Director of Congressional and Intergovernmental Affairs at the Federal Emergency Management Agency, and as Deputy Assistant Secretary and Policy Advisor to Secretary Tom Ridge at the Department of Homeland Security. Ms. Bowman graduated from the University of Kansas and received a J.D. from Washburn University School of Law.