Trump did not conspire with Russia 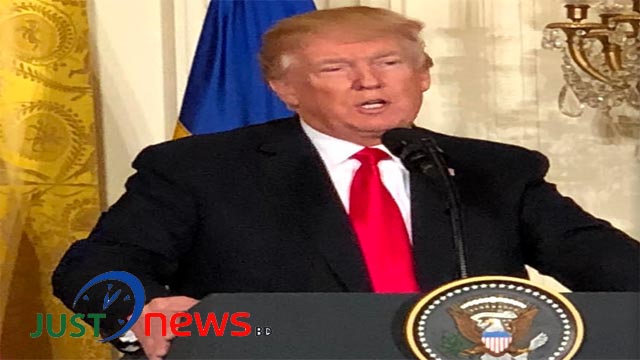 A summary of a special counsel investigation has revealed no evidence that the US President Donald Trump and his associates conspired with Russia during the 2016 election.

The US President said the allegations against him were “the most ridiculous thing I’ve ever heard.” 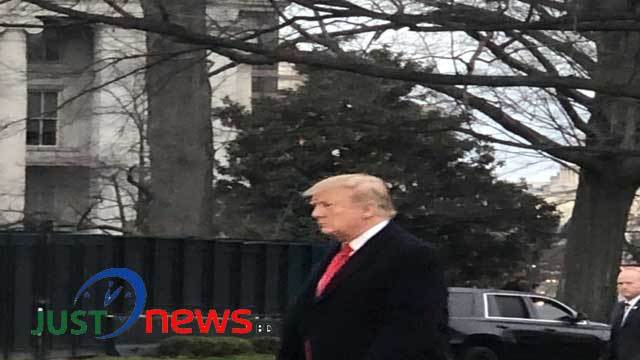 “There was no collusion with Russia. There was no obstruction, and -- none whatsoever. And it was a complete and total exoneration,” the president added.

“It's a shame that our country had to go through this. To be honest, it's a shame that your President has had to go through this for -- before I even got elected, it began. And it began illegally. And hopefully, somebody is going to look at the other side. This was an illegal takedown that failed. And hopefully, somebody is going to be looking at the other side. So it's complete exoneration. No collusion. No obstruction”

White House press secretary Sarah Huckabee Sanders in a statement said, “The Special Counsel did not find any collusion and did not find any obstruction. AG Barr and DAG Rosenstein further determined there was no obstruction. The findings of the Department of Justice are a total and complete exoneration of the President of the United States.”

The report is based on an almost two-year special investigation into whether Mr Trump and his associates worked with the Kremlin to influence the outcome of the 2016 election.

Since May 2017, Mr Mueller’s team has indicted or received guilty pleas from a total of 34 people and three companies during the campaign.

The investigation highlighted Russia’s assault on the American political system, painted the Trump campaign as eager to exploit the release of hacked Democratic emails to hurt Democrat Hillary Clinton and exposed lies by Trump aides aimed at covering up their Russia-related contacts.

Attorney General William Barr submitted to Congress a four-page summary of Mueller's conclusions on Sunday, which said, “The Special Counsel’s investigation did not find that the Trump campaign or anyone associated with it conspired or coordinated with Russia in its efforts to influence the 2016 U.S. presidential election. As the report states: “[The investigation did not establish that members of the Trump Campaign conspired or coordinated with the Russian government in its election interference activities!.”

Attorney General said that the evidence was not sufficient “to establish that the president committed an obstruction-of-justice offence”.

In the letter Barr wrote “On Friday, the Special Counsel submitted to me a “confidential report explaining the prosecution or declination decisions” he has reached, as required by 28 C.F.R. § 600.8(c). This report is entitled “Report on the Investigation into Russian Interference in the 2016 Presidential Election.” Although my review is ongoing, I believe that it is in the public interest to describe the report and to summarize the principal conclusions reached by the Special Counsel and the results of his investigation.”

Barr wrote, “The Special Counsel’s investigation determined that there were two main Russian efforts to influence the 2016 election. The first involved attempts by a Russian organization, the Internet Research Agency (IRA), to conduct disinformation and social media operations in the United States designed to sow social discord, eventually with the aim of interfering with the election. As noted above, the Special Counsel did not find that any U.S. person or Trump campaign official or associate conspired or knowingly coordinated with the IRA in its efforts, although the Special Counsel brought criminal charges against a number of Russian nationals and entities in connection with these activities.”

“The second element involved the Russian government’s efforts to conduct computer hacking operations designed to gather and disseminate information to influence the election. The Special Counsel found that Russian government actors successfully hacked into computers and obtained emails from persons affiliated with the Clinton campaign and Democratic Party organizations, and publicly disseminated those materials through various intermediaries, including WikiLeaks. Based on these activities, the Special Counsel brought criminal charges against a number of Russian military officers for conspiring to hack into computers in the United States for purposes of influencing the election,”it added.

Democratic House Speaker Nancy Pelosi and Senate Democratic Leader Chuck Schumer said in a joint statement that Barr's letter “raises as many questions as it answers” and called for access to the full report.

Barr has said he will release more, but indicated it would take some time to determine what materials could be shared.

He did not give a specific time frame, but whenever further details are handed to Congress Democrats may mount legal challenges if it is anything less than the entire report.

As Congress awaits further details, Mr Barr may be called to testify in front of the House Judiciary Committee.