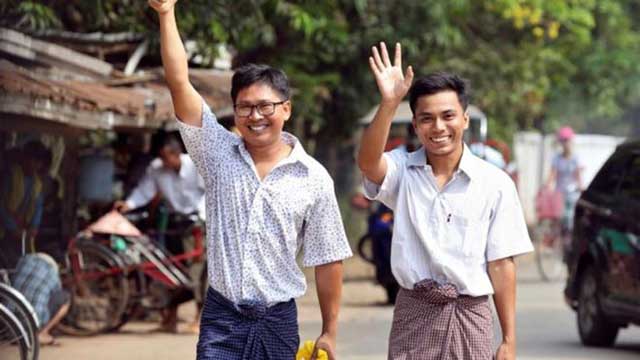 The US welcomed the release of Reuters journalists Wa Lone and Kyaw Soe Oo, who were pardoned by Burma’s civilian government, said a statement issued by the White House.

"Jailed for over 500 days since December 2017 for reporting on atrocities against the Rohingya, we are delighted they will be reunited with their families. We hope that other jailed journalists in Burma will also be allowed their freedom," the statement said.

It added, "A free press, freedom of religion, and the rule of law are fundamental principles for any democracy. The United States will continue promoting a stable, prosperous, and democratic transition in Burma."