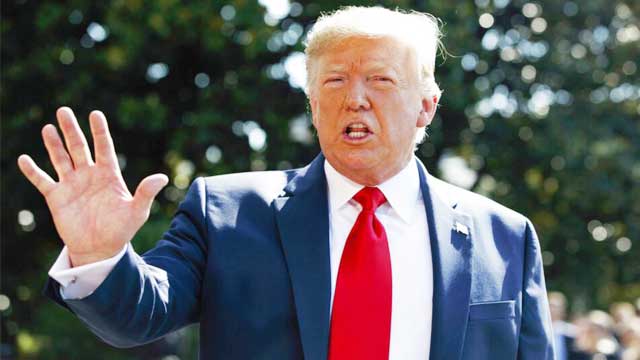 President Donald Trump talks to reporters on the South Lawn of the White House, Friday, Aug. 9, 2019, in Washington, as he prepares to leave Washington for his annual August holiday at his New Jersey golf club. Photo: AP

He says he's looking "forward to seeing Kim Jong Un in the not too distant future!"

Trump said Saturday from his New Jersey golf club that Kim spent much of his letter complaining about "the ridiculous and expensive exercises." He says that Kim offered him "a small apology" for the flurry of recent short-range missile tests that have rattled U.S. allies in the region and that Kim assured him they would stop when exercises end.

The two leaders have met three times: in Singapore, Hanoi and at the Korean Demilitarized Zone.