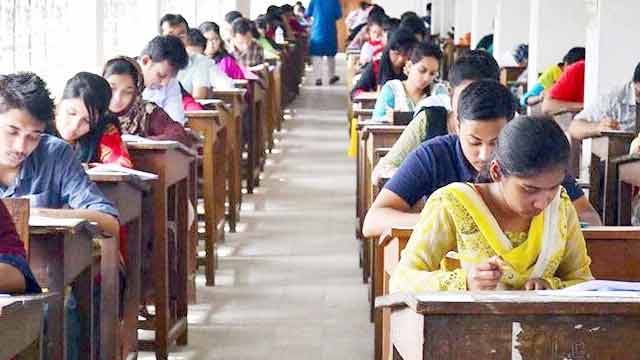 Admission test for the 2020-21 academic year of a science and technology university, and 19 general universities has been postponed until further notice in line with the government decision to entend the Covid lockdown.

Meanwhile, the deadline for submitting online application has been extended till June 25 midnight.

The decision was taken at a meeting of the admission test organizing committee on Friday.

After the meeting, Shahjalal University of Science and Technology (SUST) Vice-Chancellor Prof Farid Uddin Ahmed said: "The decision was taken considering the current Covid-19 situation in the country."

The tests were scheduled to be held in a cluster system on June 19, 26 and July 3 respectively for the humanities, commerce and science groups.

However, the cluster admission tests of seven agricultural universities are set to be held on July 31 as scheduled.

Other universities will arrange the admission tests separately.

The medical admission test was held on April 2 while the entrance test for the dental college is set to take place on July 11.

On June 6, Deputy Minister for Education Mohibul Hasan Chowdhury Nowfel told Dhaka Tribune that the government would not reopen schools and colleges in Bangladesh on June 13.

The move came immediately after the Cabinet Division decided to extend the ongoing restrictions on public movement in order to curb a further spread of Covid-19.