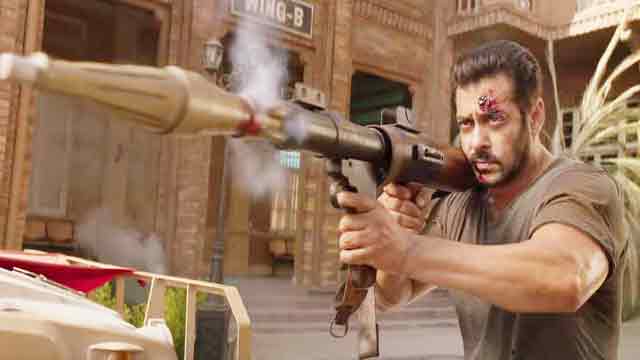 MUMBAI: Salman Khan has bounced back at the office with his latest film "Tiger Zinda Hai", which raked in Rs 33.75 crore on its opening day.

Salman seems to have shrugged off the rough patch after the dim performance of "Tubelight", which was not able to break the opening records of superstar's previous Eid outings "Bajrangi Bhaijaan" and "Sultan".

According to the producers, the movie earned Rs 33.75 crore on its first day. The collection is the highest ever for a movie releasing on a non-holiday and broke the previous record held by Aamir Khan's "Dhoom 3".

"It is an overwhelming and a humbling moment. I thank the audiences for showering so much love on 'Tiger Zinda Hai'. The cast and crew and the entire YRF team have toiled their hearts out and this incredible success will be cherished by all of us," said director Ali Abbas Zafar.

"I'm delighted that the film has lived up to the expectations of the fans of India's biggest action hero Salman Khan and that audiences are enjoying the film across the country and giving us such huge thumbs up," he added.