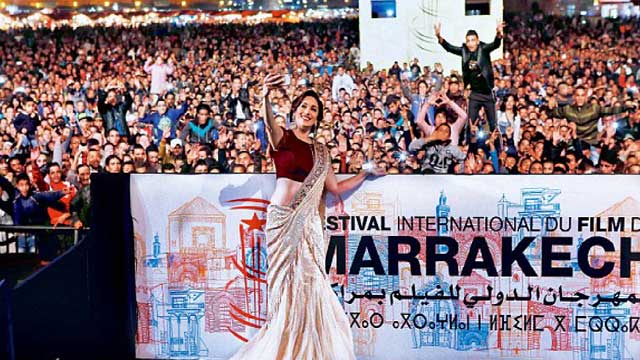 The 18th edition of Morocco's Marrakech International Film Festival kicked off on Friday evening with presence of movie stars from different countries.

A total of 14 films will compete in the official competition of this edition of the festival, which will pay tribute to the U.S. actor Robert Redford.

The festival, which will last till Dec. 7, will screen more than 90 films from 34 countries.

Created in 2001 by the Moroccan King Mohammed VI, the Moroccan landmark festival aims to promote arts and the film industry in the North African country.