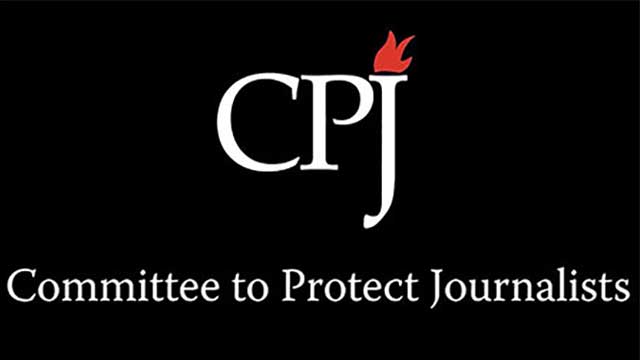 The United States-based organisation Committee to Protect Journalists suggested the Bangladeshi authorities should conduct a swift, transparent, and independent investigation into the death of writer Mushtaq Ahmed in custody.

It also suggested the authorities should release jailed cartoonist Ahmed Kabir Kishore unconditionally and investigate the claims that he was subjected to physical abuse in custody, reports cpj.org on Thursday.

Kashimpur Jail authorities said that Mustaq, 54, was declared dead by the duty doctor of Shaheed Tajuddin Ahmad Medical College Hospital at about 8:10pm on Thursday.

Writer Mushtaq Ahmed was detained in a case filed under Digital Security Act on May 6, 2020. Later, he was shifted to a high security jail on August 24, 2020 from the Dhaka Central Jail.

‘The circumstances and the cause of death are not yet known,’ Mushtaq’s lawyer Jyotirmoy Barua told CPJ in a phone interview.

He said that neither he nor the deceased’s family had been contacted by the authorities concerned informing them of the death, and that he learned about it via social media.

‘Mushtaq Ahmed’s death in a Bangladeshi prison, where he never should have been detained in the first place, is a devastating and unconscionable loss,’ said Aliya Iftikhar, CPJ’s senior Asia researcher.

‘The Bangladeshi government must allow an independent inquiry into how Mushtaq Ahmed died and move immediately to repeal Digital Security Act, which it has used repeatedly and unjustly against journalists,’ the researcher said.

‘On February 23, Mushtaq appeared before a court and was in decent health,’ Barua told CPJ. At that court appearance, Mushtaq expressed concern about the health of cartoonist Kishore, a co-accused in his case, according to Rezaur Rahman Lenin, a human rights activist and consultant for the UN Resident Coordinator’s Office, who attended the hearing and spoke to CPJ over phone.

At the hearing, Kishore passed a note to his brother stating that he had been subjected to severe physical abuse while in police custody, sustaining serious leg and ear injuries that have led to infections due to lack of adequate medical care, according to news reports, Lenin, and Barua, said a CPJ research.

It also said that the note did not describe the exact nature of the abuse, according to those sources. Kishore has also been imprisoned since May, 2020, said CPJ.

Earlier in February, Mushtaq and Kishore were formally charged under Digital Security Act, as CPJ documented at the time; authorities accuse the two of spreading rumours and misinformation about COVID-19 pandemic on Facebook.

CPJ repeatedly called the Bangladesh Prison Headquarters and the inspector general of prisons, Md Mominur Rahman Mamun, for comment, but no one answered.

CPJ also emailed the prison headquarters, but did not receive an immediate response.