BNP to boycott upcoming UP elections 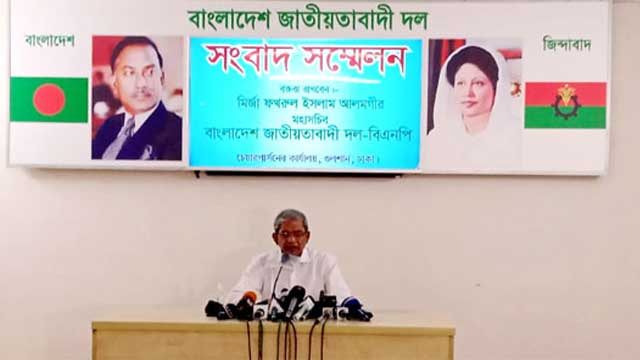 Opposition Bangladesh Nationalist Party will not take part in the upcoming union parishad elections, scheduled to begin in April.

BNP secretary general Mirza Fakhrul Islam Alamgir announced it on Sunday at a press conference held at Gulshan office of the party chairperson.

The decision was taken at a virtual meeting of the party standing committee on Saturday, said Fakhrul.

Chaired by the acting chairman of the party Tarique Rahman, most of the standing committee members attended the meeting.

The elections will be held in the first phase to 323 UPs of 20 districts, EC secretary Humayun Kabir Khandaker told reporters at a press conference.

Voting in 41 UPs in the first phase will take place through Electronic Voting Machine.

There are about 4,500 union parishads in the country and elections to the parishads were held in 2016.