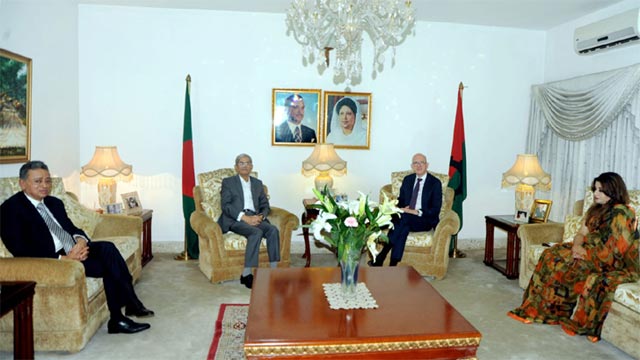 The one-and-a-half-hour meeting was held at BNP chairperson's Gulshan office in Dhaka.

After the closed-door meeting, Khasru said they discussed in detail all the relevant issues involving bilateral relations between Bangladesh and the EU.

He, however, declined to elaborate when asked about the relevant issues.