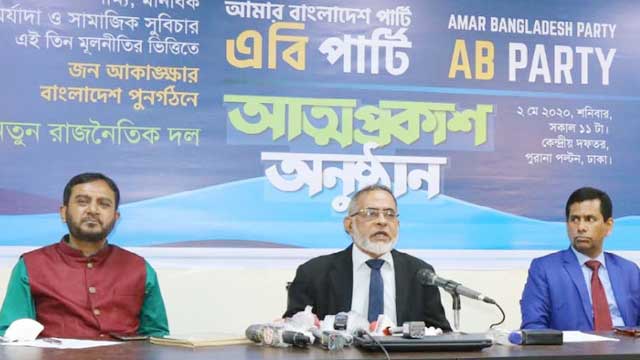 After a year of preparation, political platform Jana Aakhankhar Bangladesh unveiled itself under the name “Amar Bangladesh Party” (ABP).

By announcing the new party name, convening committee, and party program they said that during this moment of crisis, they are trying to re-imagine the nation in the spirit of freedom.

“The coronavirus crisis has revealed the need to build a new state, which we call the struggle to build a second republic in the light of the Liberation War declaration,” said Mojibur Rahman.