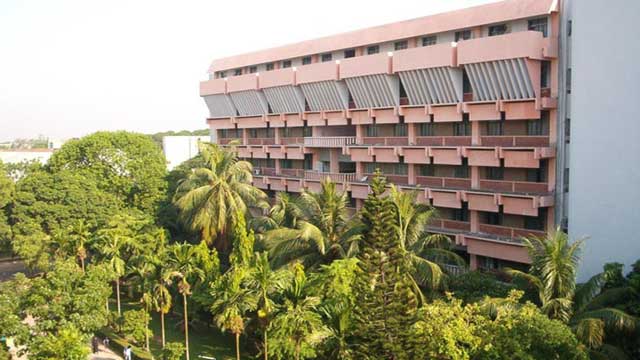 Buet authorities have expelled its 26 students for their alleged involvement in Abrar Fahad murder case.

Of the 26 students, police have already pressed charges against 25 students in the murder case, a press release issued by the Buet said tonight.

Board of Residence and Discipline (BRD) of Bangladesh University of Engineering and Technology (BUET) took the expulsion decision based on the report submitted by a probe committee formed to investigate the incident of Abrar Fahad murder.

The authorities also gave punishment to six more students on different terms for breaching the university discipline, the release said.

Prof Md Mizanur Rahman, director of the university's Directorate of Students' Welfare (DSW), also confirmed it to The Daily Star.

Abrar, a second-year student of electrical and electronic engineering department of Buet, died after he was brutally beaten allegedly by some Chhatra League men at Sher-e-Bangla hall of the university on early hours of October 7.

The incident triggered a firestorm of protests on campuses across the country. Many took to social media to demand justice for Abrar.

Law enforcers suspect Abrar was attacked because of one of his recent Facebook posts, which seemed critical of some recent deals with India.

Amid protest on the campus, Buet authorities October 11 banned all political activities on the campus and suspended 19 students, mostly leaders of the university’s BCL unit, accused in Abrar Fahad killing case.