Fake Coronavirus test results: Bangladesh where everything is purchasable! 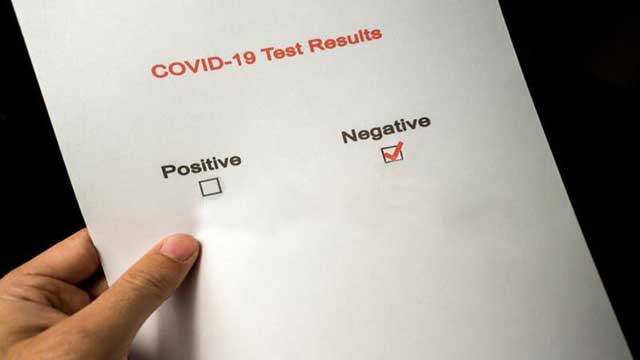 Bangladesh with a population of more than 160 million people is run by an authoritarian Prime minister over a decade, where everything is ‘purchasable’. If someone has connections with the ruling party, he or she can do anything everything.

The current sensational news of the country is a hospital owner has been arrested on charges of fraud to a tune of about $350,000 for allegedly issuing thousands of fake Covid-19 test results to deceive people.

Mohammed Shahed, a member of the foreign affairs subcommittee of the ruling party Awami League and regularly appeared on TV talk shows, was arrested on July 08 by the Rapid Action Battalion near the Indian border. Shahed is chairman of the Regent Group and owner of two Regent hospitals in the capital, Dhaka.

Bangladesh has exceeded 200 thousands confirmed coronavirus cases, including 3,154 deaths, public health experts say the actual number is much higher because only about 70 test facilities are available in the country.

Shahed’s hospital had been selling fake coronavirus certificates at $59 apiece indicating that a patient had tested negative.

There is a huge market for these certificates among migrant workers from Bangladesh hungry to get back to work in Europe, doing jobs like stocking grocery stores, bussing tables in restaurants or selling bottled water on the streets. Many Bangladeshi workers have recently flown to Italy, where they said that employers required such certificates before allowing them to go back to work.

Italy, meanwhile, after numerous cases, has suspended all flights from Bangladesh. This has become a major problem for the Asian country which earns 19 billion dollars a year from about 10 million workers abroad. According to the authorities, at least 15,000 Bangladeshi workers with jobs in Italy remain stuck in Dhaka and it is not clear if and when they will be able to travel to Europe.

Not only Shahed many pro-government people are taking advantage from the misrule of the government in the Pandemic.

The Directorate General of Drug Administration (DGDA) has filed a case against the owner of Elan Corporation for importing “substandard” KN-95 masks by showing “fake documents.” Aminul Islam Amin, deputy publicity affair secretary of ruling Awami League, is the owner of the company.

Dr Sabrina Sharmeen Husain, currently in police custody over her alleged ties to a COVID-19 test scam, abused her credentials as a government doctor to carry out her fraudulent practices. Along with her husband Ariful Chowdhury their company JKG provided fake Covid-19 reports to 15,480 people without carrying out any tests, according to local media reports.

On July 24, police arrested another leader of the ruling party for her involvement in fraudulence to supply fake N95 masks to Bangabandhu Sheikh Mujib Medical University’s (BSMMU) Covid-19 isolation unit.

Sharmin Jahan, a member of Awami League’s former central sub-committee for women and child affairs. She was the owner of Aparajita International and provided the fake masks for the front line health workers.

Surprisingly ruling AL government taking actions against the health officials those are raising voices against this corruption. For instance, government removed Mugda Medical College Hospital director Shahid Md Sadiqul Islam making him an officer on special duty as he spoke against fake masks supplied in the hospital.

Before this incident, at least two more physicians were either transferred or served show-cause notices for speaking against the substandard personal protective equipment and masks.

These are the very few from a large scale corruption in Bangladesh.

No one can criticize the government as the government is in zero tolerance on freedom of expression. In recent months many journalists, students, teachers and doctors who spoke out about mismanagement and corruption were detained by the authorities under the Information Communication Technology- ICT act. Critics say that there is a growing climate of fear that can only imply the fight against Coronavirus.

A retired Lieutenant General who in recent years was in charge of Sheikh Hasina’s personal security force and the country’s most strategic infantry division said that following a video interview he gave on July 14, is now fearing being picked up and disappeared by the country’s law enforcement agencies. In the interview given to a US based journalist Sarwardy he criticized the government over not holding free and fair elections claiming that Bangladeshi people will never be able to vote again because of the way institutions have been set up. “I can say with certainty that it is impossible that you will see a change of government through an election.”

Referring to the owners of two hospitals recently found to be providing false Covid-19 test certificates, the former Lieutenant General said that there are many people like them who “move around with police protection, flanked by police cars. Their cars have flag stands, police blow whistles ( for clearing the road crowd). They go into cantonments; meet with the President, the Prime Minister. They give them flowers. The thing is that these people have access to those places. The point is that the state is aiding them in their corruption.” Courtesy medium.com