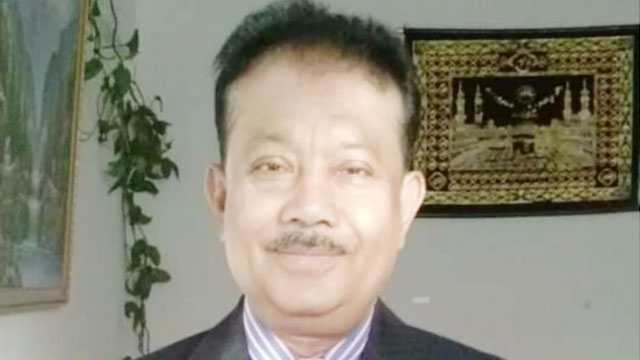 He was a banquet server at a hotel near the United Nations and leader of the Bangladesh Society of New York.

Outside of work, Kamal Ahmed helped fellow Bangladeshi immigrants settle in New York City. When the new coronavirus hit, he helped find graves for those who could not afford them.

Kamal Ahmed spent decades catering to dignitaries, diplomats and presidents as a banquet worker at the Millennium Hilton Hotel at One United Nations Plaza in Manhattan.

Outside of work, Mr. Ahmed, who immigrated to the United States in 1977 from Bangladesh, was a rock for his relocated compatriots. He was twice elected the leader of the Bangladesh Society of New York, which has 28,000 registered members. In that role he helped newcomers from his homeland find jobs and apartments and created a sense of belonging in a vast and often indifferent metropolis.

More recently, Mr. Ahmed also supported them at the end of their lives. He helped dozens of society members who died from the novel coronavirus find a grave, in burial plots the society had bought on Long Island, N.Y., and in New Jerseyfor members who could not afford them.

Mr. Ahmed died on April 5 at a hospital near his home in Elmhurst, Queens. He was 69.

His daughter, Romana Ahmed, said the cause was complications of Covid-19.

Kamal Uddin Ahmed was born on Jan. 1, 1951, in Sylhet district in eastern Bangladesh to Shamsun (Khatun), a homemaker, and Zia Ahmed, an elementary and high school teacher. He grew up in Beanibazar, a town in Sylhet, and studied agriculture before moving to the United States, where his father had settled, for better opportunities.

He got a job at the Hilton, starting as a busboy and eventually becoming a banquet worker, and became a citizen in 1982. He also worked as an office manager for a personal injury lawyer, H. Bruce Fischer, in Queens, and became involved with Bangladeshi-American groups. He led one for people from Beanibazar, then one for people from Bangladesh’s Jalalabad region before he became the president of the Bangladesh Society.

Azimur Rahman, a member of the society and a banquet server at the Algonquin Hotel who had known Mr. Ahmed since they lived in Bangladesh, credited Mr. Ahmed with starting Bangladeshi language and culture classes at the society so that children who grow up in the United States might have a greater understanding of their heritage.

Mr. Ahmed married Afsari Begum in 1980. In addition to his wife and daughter he is survived by a son, Rofi; five brothers and five sisters; and a grandson.

Mr. Ahmed was buried in Mt. Sinai, N.Y., in a plot near those the society provided for its members, but his grave was paid for by his family, said Ruhul Siddiki, the society’s general secretary.

“He said that ‘when I die I will not use anything from the society for needy people,’” Mr. Siddiki said.-New York Times